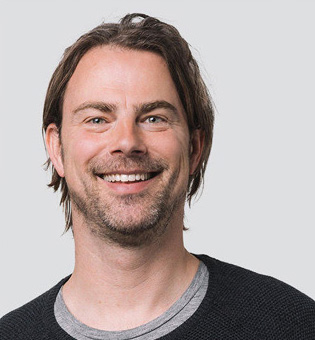 Marco has a wealth of media expertise as he has been active in the industry for more than 20 years. He joined The Netherlands’ first digital media agency AdValue/ Reddion and has held several senior positions with digital media agencies such as Mediacom, Universal McCann, and Zenith. He also worked at KLM/Martinair, establishing their online marketing and advertising strategy. He founded Platform161 in 2011, where he is also CEO.

How DSPs operate in the Programmatic Advertising Space

How did Platform161 enter into the programmatic space and for what reason?

It all started with the explosion of content online. Alongside it, we saw a splintering of consumer time and attention and then the ad networks emerged to monetize and rationalize this fragmentation for both brands and agencies.

In those days, inventory was still sold by the thousand. Advertising only truly started to catch up when we saw the emergence of real-time bidding (RTB), and trading ads on an impression-by-impression basis. It was alongside that revolutionary change that Platform161 was born. It should be noted that RTB went on to become the backbone of what we now call programmatic. We were particularly excited about it because it promised greater transparency and targeting possibilities, not to mention the huge potential for customized, original media buying and creative campaigns.

As a demand-side platform (DSP) can you give a brief explanation of this and how you incorporated programmatic while addressing business issues?

‘Demand-side platform’ is essentially just a convoluted way of saying the operating system for advertisers’ and agencies’ media buying. Our specific take on media is that it should be an ecosystem, as opposed to a series of walled empires.

Contrary to what you might first think, this isn’t just us being idealistic, it is actually fundamental to everything we do – from addressing our customers’ business challenges to confronting the broader challenges facing the industry as a whole.

With the introduction of GDPR in 2018, did this have an impact on your work and programmatic advertising? If so, what are the challenges and changes you have encountered?

The challenges around GDPR are well documented, but the industry would do well to be more accepting of change, as well as focusing more on the opportunities they present too. For brands, in particular, GDPR is a wake-up call to clarify their focus on first-party data. In other words – to really nail down their strategy around direct customer relationships.

The other thing to note is that some people may have thought GDPR would come to a head with the enforcement deadline in 2018. But in reality, it’s a far longer-term process, which is really only just getting started.

The Importance of Programmatic Personalization & Transparency

How would you define programmatic personalization?

One of the most radical changes programmatic ushered in was the shift to trading on single impressions. This effectively turned the CPM model of trading by a thousand impressions on its head.

And clearly, in such a competitive space, companies would go on to explore all sorts of ways of tackling this new-found ‘people-based’ marketing. That is the essence programmatic personalization – all of the various tactics used in approaching what is effectively a one to one medium – when it used to be only one to many.

Personalization efforts up to this point have focused more on audience targeting and media buying, rather than creative. But data-driven creative is another really interesting area right now, especially in the out-of-home and outdoor channels.

Why is customization one of the main problems yet a key solution in the advertising space?

Advertising lacks diversity. When two or three giants make up the bulk of overall revenues, the software, algorithms and broader tactics of the few become the de-facto way of operating for the many.

But that doesn’t make them the best approach for everyone. Returning to my earlier analogy of ecosystems and walled empires, there is another way: those players that offer the best possible service around their specific area of expertise, while being open to extending that service out via APIs. They are by definition more flexible, modular solutions that can adapt to each client’s particular situation and business needs.

Another key point in the ecosystem versus empires debate is that those modular players can get very niche, and very good at specific tasks for their specific client base, meanwhile leaning on sister companies who do the same in parallel. Empires are by nature generalists, and insular by design.

In your opinion, how important is it to have transparent programmatic data and what is the best way to achieve transparency?

If digital advertising is to mature, and deliver on its promises, transparency should be our number one goal, and data is the perfect demonstration of why that’s the case. Unless you trust and can vouch for data’s provenance, it is effectively damaged goods. As set out under GDPR, whether it be around consent, or the right to be forgotten, it’s simply unusable.

Having identified the importance of transparency & personalization, how can these enhance programmatic advertising capabilities?

Some in the industry believe that more transparency will mean less opportunity for personalization. But this isn’t necessarily true. On one side, we have the issue of transparency inside the industry – around fees, for example, or auction dynamics.

And on the other hand, you have the side of transparency as it relates to our relationship with the consumer – which must continue to build and improve.

I personally believe there is still potentially even more room for developing personalization (and more constructively too) if people completely understand and accept it.

What advice would you provide to media buyers and sellers who are looking to enable a more transparent ecosystem?

Everyone wants to innovate, but my advice would be to look very carefully at the form your particular form of innovation actually takes – and the real impact it has.

I would argue there are two innovation types in ad tech, one to many and one to one. One to many is effectively just tech companies differentiating from each other. Two competing brands using the same platform under this type of innovation may not see any advantage – indeed, some have argued such features end up only redirecting spend between intermediaries.

One to one innovations may take more work, but have the great benefit of uniqueness in a commodified market.  This would be part of what we call a modular approach.

The Benefits of Programmatic in the Media Industry

In your opinion, what are the main benefits of programmatic for those in the media industry and are there any limitations?

Tied into the concept of modularity, a major benefit of programmatic is that it is changing all of the time – every week almost, we hear of new developments, new acronyms, new challenges as well as opportunities. That is probably as good an example as any of the benefits, as well as the limitations of our industry.

What are your predictions for the future of programmatic in the media industry?

The future of online advertising clearly depends to quite a large degree around the end result of GDPR – both its impact on the ecosystem, as well as if it ends up extending the dominance of the walled gardens or empires. While the industry has proved itself remarkably durable in the past, there are arguably a few years still to see this shift fully play out.

I would argue that those who stand to benefit are the most agile and flexible businesses (dare I say it, the more ‘modular’ ones). It stands to reason that they will be most able to move fast, and fix things, should the old ways of operating – that have become like second nature – break.